A dear friend asked me to explain how to “eat seasonally”. And it made me realize that this concept is one that has faded away over the generations. Us city-folk, with our beautifully stocked grocery stores, can get virtually any type of produce grown in any part of the world at any time. Modern food culture has isolated us as consumers so thoroughly that we have little idea of where our food comes from, how it’s grown, or what time of year it is harvested.

Eating seasonally means to eat food that is “in season”. When it is at its peak. When it is abundant. That we eat produce when it is being harvested. Another related idea includes eating “locally”, eating what is in season in your area. “Local” means different things to different people. If you got your produce from your neighborhood farmers market, it’s a pretty safe bet that it’s relatively local, and “in season”. A tomato purchased in January in New Jersey, not in season, nor local.

It’s a good idea to familiarize yourself with what grows in your region. A little internet sleuthing will garner enough info to give you a general idea of what is local, and what you can grow yourself. Take a look at Mother Earth News. And a great resource for what’s in season at Seasonal Food Guide.

Back to the seasonal thing: if you can, try growing some food. Anything, herbs, lettuce, a tomato plant. Growing your own food is a great way to learn about the seasons, score some cheap produce, and learn about your climate. If it’s available in your area, subscribe to a CSA, you get a selection of what your local grower has. It is a great way to discover new fruits and veggies, and gain a good understanding of what ripens when. Another tip is to keep an eye on prices at the grocery store. Notice how tomatoes are cheap in mid to late summer, and crazy-expensive in February. While asparagus is not off-the-charts pricey in March, but will cost you an arm and a leg in November. Produce is cheaper when it’s in season and abundant, and the price climbs as supply dwindles. Like everything else, produce is at the mercy of supply and demand.

As I said, it is a good idea to familiarize yourself with your local region. The (very abbreviated) list I have here is what I’ve gleaned from the West Coast of California where I live;

Late Winter – early Spring (December-February): not much, it’s cold and nature is sleeping. In California and Florida you get citrus. Leafy greens (lettuce, chard, kale, beet greens), brassicas (cauliflower, broccoli), cabbage, and maybe brussels sprouts, rutabaga and turnips. It’s a time for some creative and hearty cooking. The grocery store should also have an abundance of store-able Fall produce like apples, onions, beets, turnips, pumpkin, butternut. But note how even these larder-hardy crops start to lose their perk as the winter season progresses.

Spring – early Summer (March-May): it’s warming up, the land is coming back to life. Birds are singing, flowers are blooming. Asparagus and strawberries are some of the first. Leafy greens, brassicas, leeks, celery, artichokes. This is a time for fast-growing, and cooler weather loving produce. I’ve also found that the loquats are going this time of year. Loquats are a fruit you don’t typically find in the store (they need to be eaten practically right off the tree, their shelf-life is pretty much non-existent) but the trees are all over our area, one of those local foraged items I’ve discovered.

Fall (October – November): here it is, the grand finale. All the showy gems either have made or are making an appearance; apples, pumpkins, eggplant, peppers. Much of what you find now has been available for a month or two, and this is the last run of it. And my personal obsession lately, fugs! Yum!

If you are intrigued by the seasonal eating thing, I highly recommend ‘Animal Vegetable Miracle’ by Barbara Kingsolver http://www.animalvegetablemiracle.com/. A fun read that will leave you with an appreciation for eating seasonally, and a better understanding of how to do so.

*If you have any seasonal or local favorites, I’d love to hear about them. The more everyone shares, the more food knowledge we all gain, and you never know, you might introduce a new favorite for someone out there, or vice versa. Happy healthy eating!

I love food! I love discovering new ingredients, I love preparing food, and I love eating food! When I was diagnosed with an autoimmune disease (Multiple Sclerosis) it became clear to me that the most effective way to treat my symptoms was choosing to eat healthfully. So I mixed my love of food with my creative spirit, and cooked up GreenLeaf Kitchen 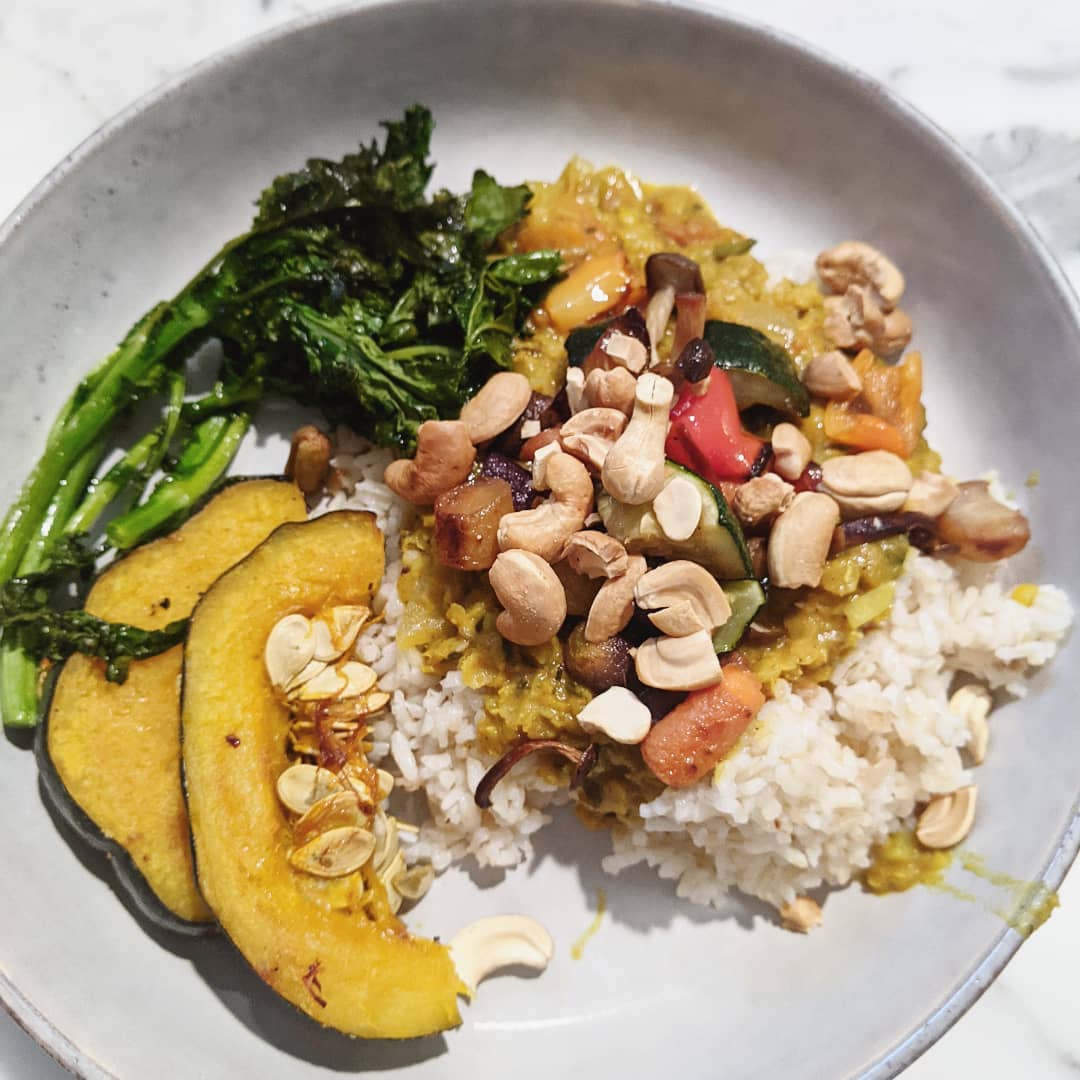 greenleafkitchen
•
Follow
Well, the final result was good, but getting there was crazy... Had so much going on I forgot to add water to the rice! 🤣 Thank goodness for my Instant Pot, dinner was only 30 min late - the extra wait just made everything taste better 😋
View on Instagram |
2/9 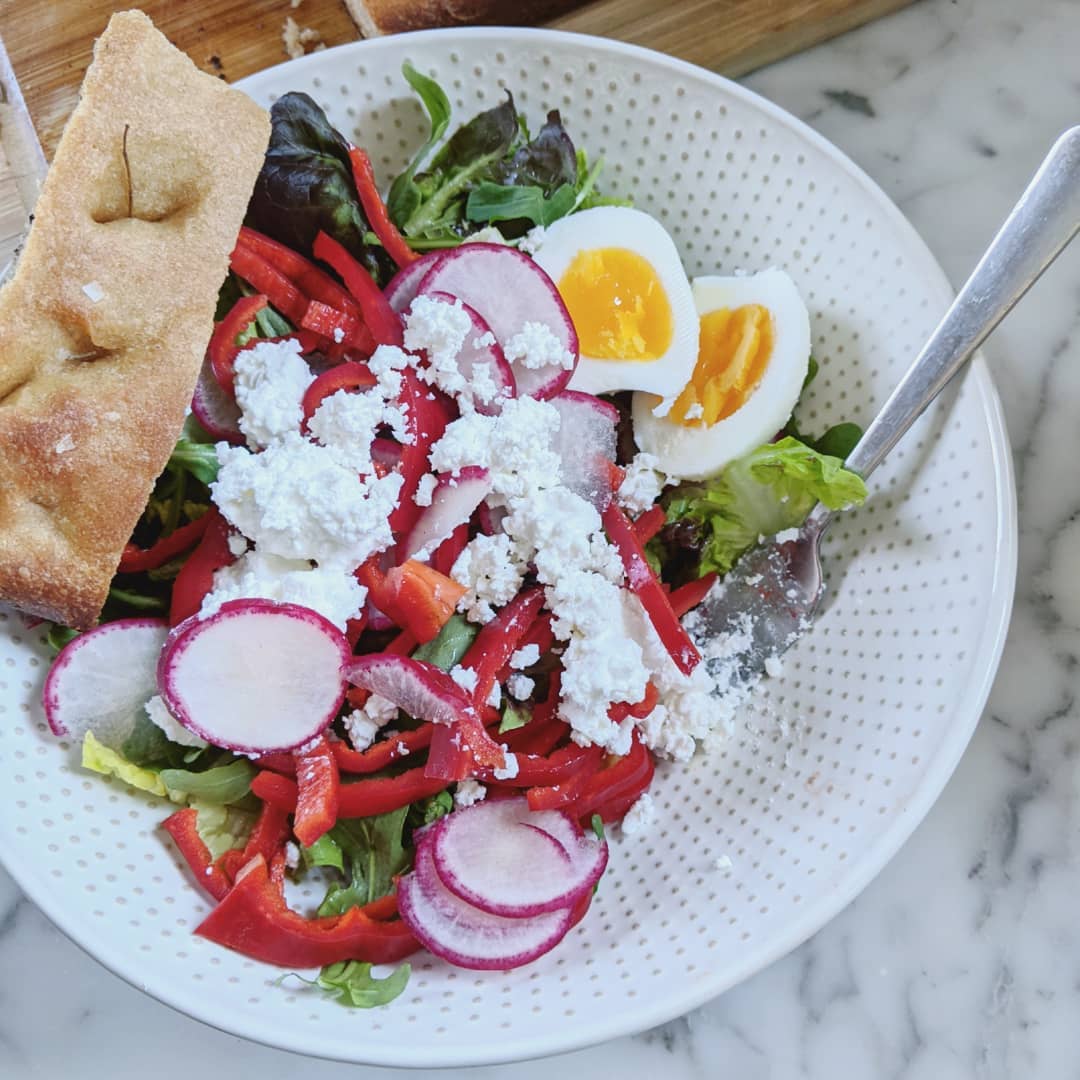 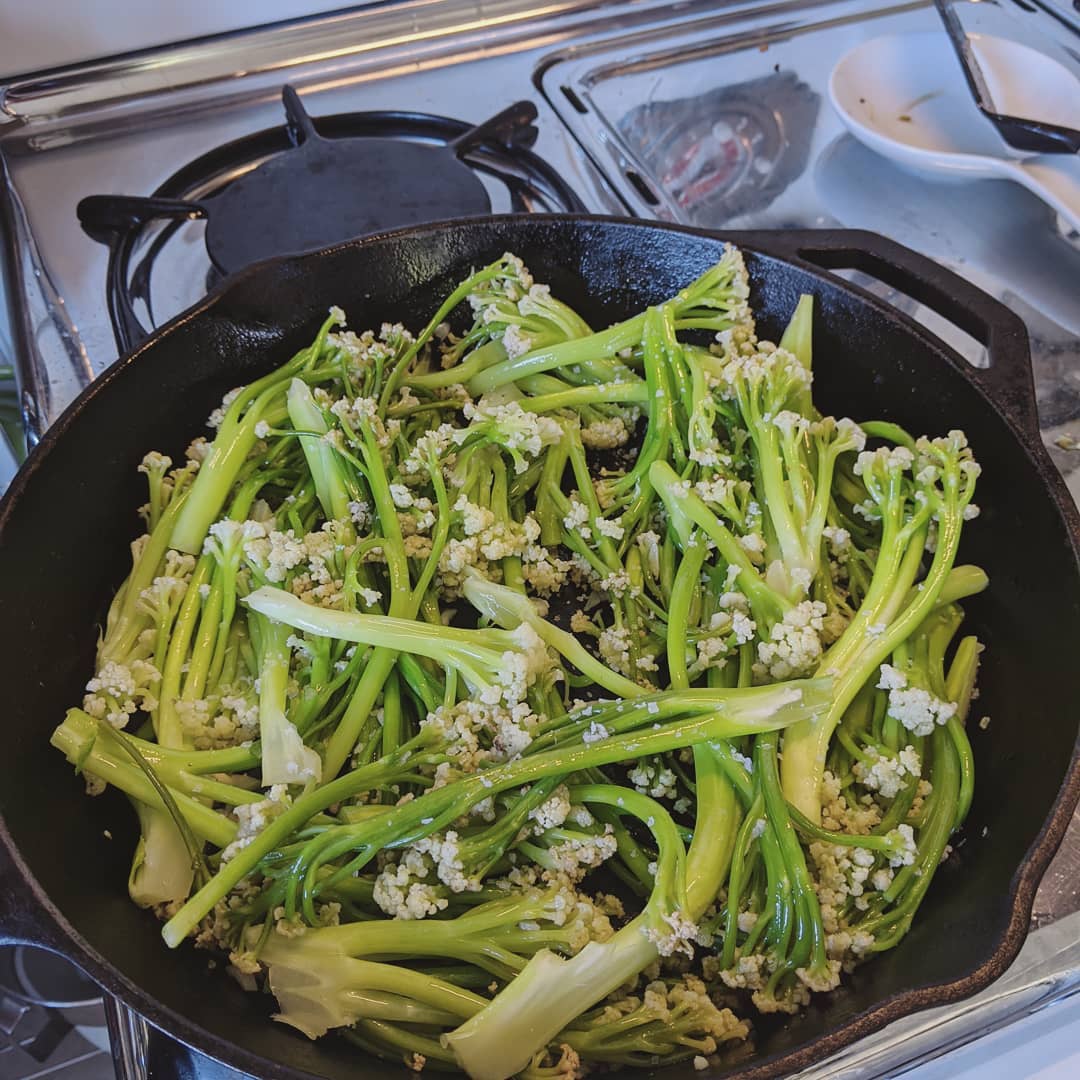 greenleafkitchen
•
Follow
Found a new veg at the market this week. It's a type of cauliflower. A quick steam, then tossed it in the skillet with EVOO and garlic. Super delicious 🤤 But I can't remember the name! Do you know the name?...
View on Instagram |
4/9

greenleafkitchen
•
Follow
On Tuesday I started garbanzos soaking, on Thursday I cooked them. This morning I brought home some fresh basil. After over four hours of putting away groceries, doing dishes, making snaks for kids, doing dishes, chopping, prepping and cooking lunch, helping with math work, eating lunch, explaining the state of the world in elementary terms, doing dishes, chopping,... So, after 3 days and 4 hours I have 2 pints of hummus and 1 pint of pesto. I guess that's a win, right?
View on Instagram |
6/9 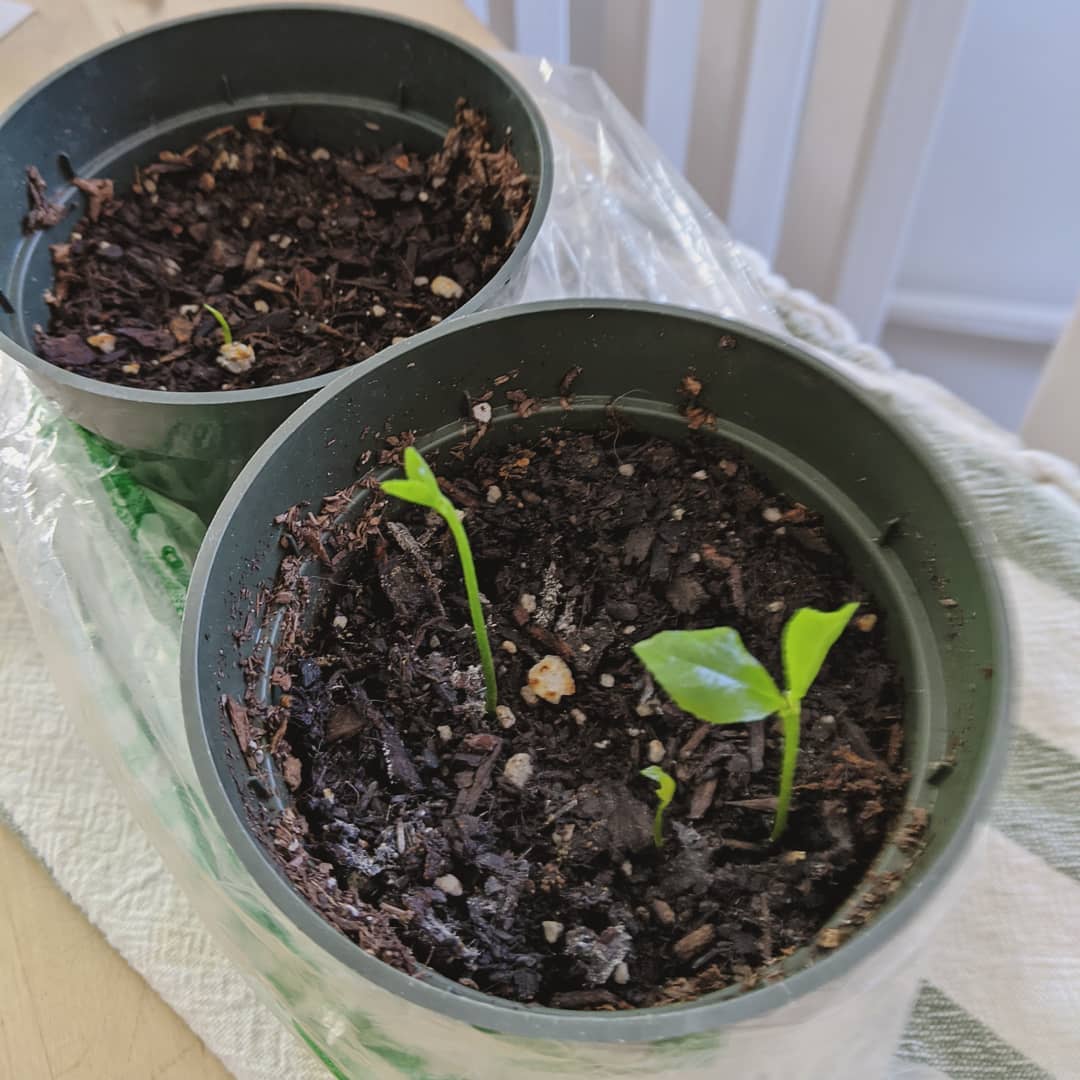 greenleafkitchen
•
Follow
Lunch inspired by my favorite lunch spot Standard Fare and what I got this week in my csa from Full Belly Farm: bed of lettuce, leftover pork tenderloin, sauted beet greens with lemon, spring onions and mistake mushrooms, pesto, and a beet. The family opted for the ingredients as a sandwich. So delish! #whatsforlunch #standardfare #standardfareberkeley #fullbellyfarm
View on Instagram |
9/9
View on Instagram